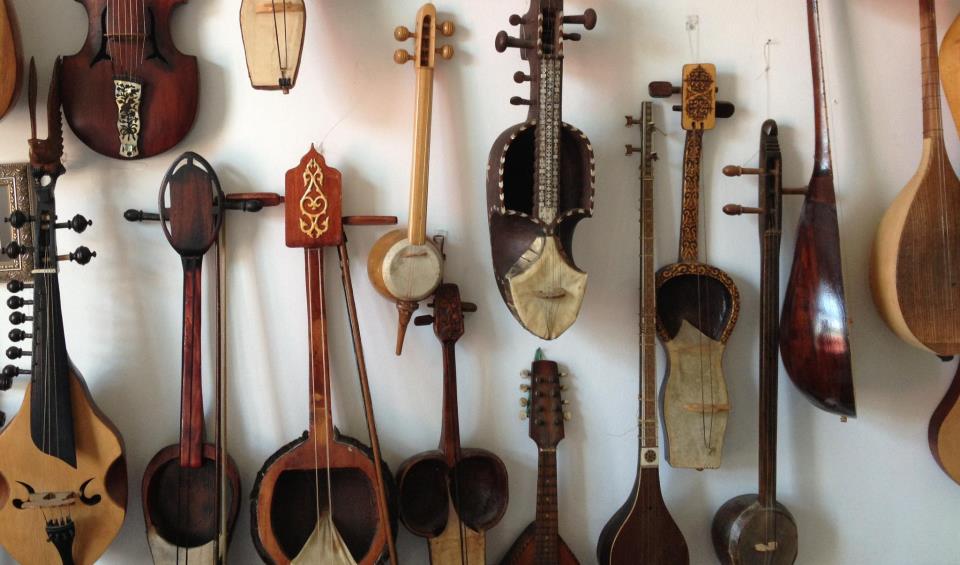 “Music gives a soul to the universe, wings to the mind, flight to the imagination and life to everything.”
― Plato 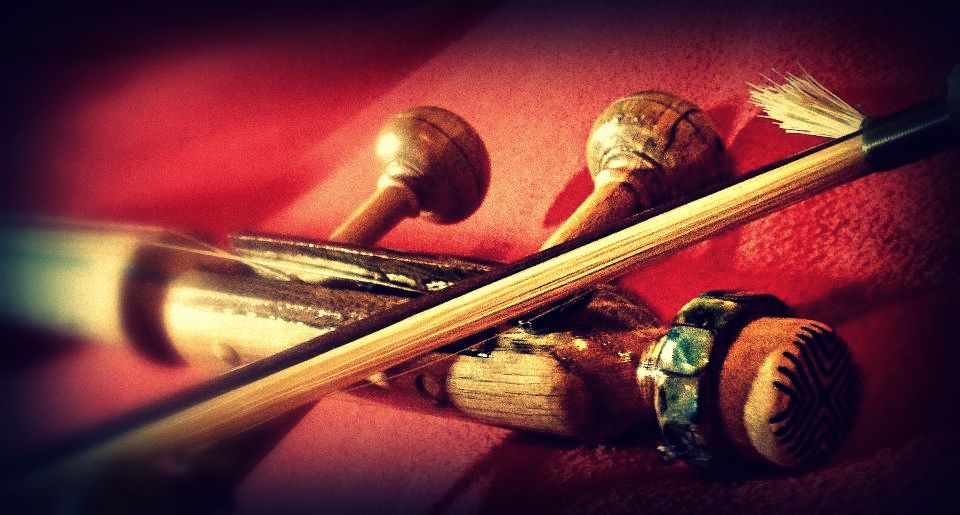 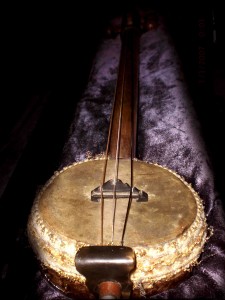 The rebab (Arabic: ربابة‎, variously spelled rebap, rabab, rebeb, rababa and rabeba, also known as جوزه “joza” or “jawza” in Iraq,[1]) is a type of a bowed string instrument so named no later than the 8th century and spread via Islamic trading routes over much of North Africa, the Middle East, parts of Europe, and the Far East.[2] The bowed variety often has a spike at the bottom to rest on the ground, and is thus called a spike fiddle in certain areas, but plucked versions like the kabuli rebab (sometimes referred to as the robab or rubab) also exist. Furthermore, besides the spike fiddle variant, there also exists a variant with a pear-shaped body, quite similar to the Byzantine lyra and the Cretan lyra. This latter variant travelled to western Europe in the 11th century,[3] and became the rebec.

This article will only concentrate on the spike-fiddle rebab, which usually consists of a small, usually rounded body, the front of which is covered in a membrane such as parchment or sheepskin and has a long neck attached. There is a long thin neck with a pegbox at the end and there are one, two or three strings. There is no fingerboard. The instrument is held upright, either resting on the lap or on the floor. The bow is usually more curved than that of the violin.

The rebab, though valued for its voice-like tone, has a very limited range (little over an octave), and was gradually replaced throughout much of the Arab world by the violin and kemenche. It is related to the Iraqi instrument the Joza, which has four strings.

The rebab is used in a wide variety of musical ensembles and genres, corresponding with its wide distribution, and is built and played somewhat differently in different areas. In Southeast Asia, the rebab is a large instrument with a range similar to the viola da gamba, whereas versions of the instrument further west tend to be smaller and higher-pitched. The body varies from being ornately carved, as in Java, to simpler models such as the 2-string Egyptian “fiddle of the Nile” may have a body made of half a coconut shell. The more sophisticated versions have a metal soundbox and the front may be half-covered with beaten copper, and half with cowskin.

“Oh! the sound of Rebab, where are you coming from ? You’re filled up with fire, fight and seducions,
you are a heartbreaker. You are the messenger of the heart desert. Every word you spoke is a secret of heart”